Dwight Korgan, MD, ABFM and Integrative Health Practioner Level 2 certified (IHP level 2) is uniquely qualified to assist in helping you rebalance and heal yourself. In his more than 40 years of practice as a family physician he has always taught the true natural healing methods that incorporate rest, exercise, diet, stress management, and tried to use natural ways to help people avoid medication and progression of disease. This combination of experience and Integrative Health Practioner certification opens the door to utilize both functional and traditional laboratory testing that is not understood by most traditional medical providers. Functional lab testing answers the ‘why’ of your illness or symptoms which provides a whole new level of understanding enabling a more accurate and speedy pathway to recovery and good health.

At ANI Integrative Health Dr Korgan is able to practice functional medicine anywhere in the world recommending traditional tests you can order through your PCP (primary care physician) as well as using functional medicine tests that you complete at home. He can help you understand markers that are out of balance using traditional labs even when they are “in the normal range.” Normal does not necessarily mean ideal and ideal is what you want to strive for to feel your best.

Christine Korgan, RPT, MPH, Certified Integrative Health Practioner, Level 2, has over 35 years experience working with children who are physically challenged. With her masters in public health education she is an ideal practitioner to assist you especially in the areas of exercise and diet, rest and lifestyle choices. As an IHP level 2 certified practitioner, she is also able to assist you in ordering and understanding functional medicine lab testing. She is very interested in and has studied essential oils and is a Young Living Essential oil representative.

Both Doctor and Christine (Christy) Korgan at ANI Integrative Health value their own health as well as yours. They are ready and willing to assist you in facing the challenges you face such as weight control, dis-ease processes including the myriad of autoimmune diagnoses such as rheumatoid arthritis, thyroid disease, MS, diabetes, as well as address the aging process.

We use scientific, time tested, proven methods and protocols to help your body heal and stay well. Our promise is to be available throughout your healing journey encouraging you and providing the necessary guidance. Sometimes only baby steps can be taken at first, but willingness to make changes and invest in your health can eventually result in permanent improvements in your health over time. 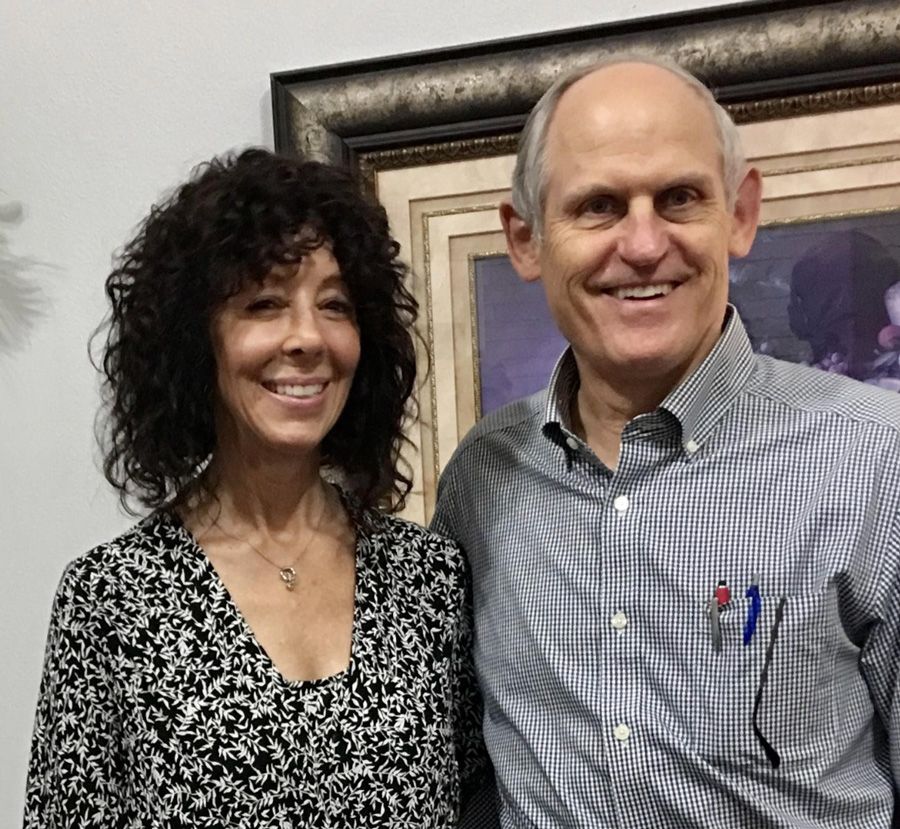 Dwight the second of 5 children was born in Southern Rhodesia, South Africa (now known as Zimbabwe) to missionary parents. The desire to help others and flexibility to other cultures and lifestyles was literally “born into him.” His father was born on a farm, loved gardening and instilled that love in him. Eating your veggies was not an option!!! Playing musical instruments as a family taught him the value of team work and playing games together taught him fairness and the desire to excel. (His dad and siblings never “let” him win- you got what you earned). He also learned to love and participate in sports and prize physical activity as a stress reliever and for the camaraderie.

While in college he met a young lady (Christy) who would become his lifelong sweetheart. By chance both chose to continue their professional education at Loma Linda University in California, Christy in physical therapy, and Dwight in medicine.

Through Christy’s research, he became interested in functional medicine as well as essential oils. Dr Stephen Cabral, ND became a daily visitor to their home via his podcasts and they quickly realized that he was teaching a message they were very anxious to put into practice themselves as well in their professional practices. A growing desire to share this gift of true healing became an obsession. They jumped at the chance to join his Integrative Health Practitioner program as part of the very first class, completing level 1 and 2 certification in November of 2019.

Dr Korgan has added ANI Integrative Health to his busy traditional medical practice realizing that the potential for helping people heal their bodies from “treatable but incurable diseases could actually become a reality.”

Christy is the oldest of 5 children and also always been a care giver – passionate about staying healthy and using as natural as possible methods to do so. In spite of a wonderful accomplished ‘doctor husband’, Christy says. ‘I never felt well – with joint aches and pains, daily headaches and brain fog for many years, overwhelming fatigue, and IBS. I was always searching for a better way as well as an explanation for the frustrating ‘your lab work looks fine’ when I felt like poop. I had amassed an Arsenal of supplements, lotions and potions, each which provided minimal benefit, especially in the hodge-podge way that I used them. Then I discovered Essential oils Young Living specifically. I was all about not only natural healing but the abundant living possible when you actually heal your body rather than use the ‘band-aid’ approach of pharmaceuticals. The oils provided some relief as well as an excellent way to eliminate toxins and I was on my way. I continued to search and study which led to the world of functional medicine and Dr. Cabral. It was a magical moment and my ‘always looking for a better way, openminded’ husband’ was ready to hear the message and incorporate the profound truths. In-depth functional medicine testing identified the source of my problems and I am totally appreciating my healing journey. Today I can honestly say that I feel better than I have since my teen aged years. ‘I am so very thankful.’

Dwight and Christy have three of the most awesome children in the entire world, and four beautiful grand babies who live quite literally all over the world. (As well as a beautiful daughter-in-law and 2 amazing sons-in-law, not pictured here) Throughout their life they have enjoyed gardening, bicycling, snow skiing, water skiing and generally just being outside and active as mulch as possible. They are active in their local church and love to contribute through music as well as other ways.